A GARDEN OF DREAMS

Il Giardino Onirico (the name means “the oneiric garden”) began life in the province of Viterbo in 2008. The original nucleus was formed by four musicians coming from different musical experiences and with different backgrounds: Emanuele “Vastitas” Telli (keyboards), Stefano Avigliana (guitar), Ettore Mazzarini (bass) and Massimo Moscatelli (drums). In 2009 Dariush Hakim (keyboards, effects) joined the band and with this line up Il Giardino Onirico self-released a first demo EP featuring a long suite titled “Il complesso K”. Later the line up was completed by Marco Marini, poet, painter and photographer who provided the lyrics, the narrative vocals and the art cover for the first full length album of the band, “Perigeo”, that was released in 2012, after a long studio work. According to the band, their aim was to create a “fleeting, schizophrenic fantasy” and conjure up an oneiric dimension where the listener could get lost in a world of dreams and nightmares. In my opinion the result of their efforts is very good!
﻿
﻿
Every track is introduced by a short narrative part that could recall Pholas Dactylus but after awhile the music takes over and all that you have to do is close your eyes and set your imagination free. “There are more and more things around me / Or maybe it's just me who can perceive a changed reality / I can see me transformed, I'm changed / I recognize every lost moment, every faded control...”. I suppose that the title of the opener “B.S.D.” is an acronym for Brain Stem Death (in the booklet there is no explanation of what B.S.D. is for), a clinical syndrome defined by the absence of reflexes with pathways through the brain stem in a deeply comatose, ventilator-dependent, patient. Identification of this state carries a very grave prognosis for survival, cessation of heartbeat often occurring within a few days although it may continue for weeks or even months if intensive support is maintained... The music flows with many changes in mood and rhythm, there are some heavy, aggressive sections and some amazing dreamy passages characterized by the beautiful soprano voice of the guest Elisabetta Marchetti, here used just as an instrument. “Wait a minute and then you'll discover things that can't be described...”.


The following track, “Utopia Planitia”, takes you on a long trip through time and space... “I get a bit closer and I know that I'm alone now / I get rid of discomfort and I change again... I can't realize how much time I have erased / Every resistance vanishes / I set off on a journey that leads me to the limits of reality...”. The pace is slow, the atmosphere is tense and full of expectations, dark organ rides and spacey electric guitar solos make you cross the doors of perception and you can fly over the dark side of the moon... By the way, Utopia Planitia is the name of the largest recognized impact basin on Mars and in the solar system and is the Martian region where the Viking 2 lander touched down on September 3, 1976.
﻿
﻿
“Agosto” (August) is brighter, the rhythm rises again but the journey is still full of surprises... “I frequently try but it's stronger than me / I'm biding my time in ambush to destroy the falsity of those gruesome acts that project misery on me...”. Next come the disquieting, restless “Amigdala” evoking greedy joy and criminal fears, incurable sadness and bully vengeance. The amygdalae are almond-shaped groups of nuclei located deep within the medial temporal lobes of the brain that perform a primary role in the processing of memory and emotional reactions... “At first it seems unimportant / Then, suddenly it becomes powerful...”. 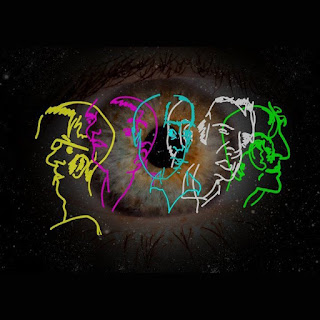 The ethereal title track, “Perigeo” (Perigee), concludes the album. Back to earth! “The scents of paradise evaporate into the night / Your shadow mirrors on me as if it was not real / A perverse game creeps along the streets that lead nowhere...”. Here the music every now and again recall Alan Parsons Project and the beautiful voice of Elisabetta Marchetti comes back. Well, the perigee is the closest point to the centre of the earth in a satellite's elliptical path and once the satellite has reached that point it leaves again. You left on a long journey and you can't come back, everything has changed, you're living now in a never ending dream and you have lost the touch with reality... “It had to happen, sooner or later / I woke up and I couldn't recognize myself any more...”. Well, now you are ready for another spin!

You can listen to the complete album on YouTube, so have a try! If you like it, you can purchase the physical copy directly from the band.