Città Frontale began life in Naples in 1970 with a line up featuring four future members of Osanna (Lino Vairetti, Massimo Guarino, Danilo Rustici and Lello Brandi) plus Gianni Leone who later joined Il Balletto di Bronzo. Anyway they did not release any album in their early days. In 1974, after Osanna’s first split up, Lino Vairetti (vocals, guitar, mellotron, harmonica) and Massimo Guarino (drums, percussion, vibes, vocals) reformed Città Frontale along with Gianni Guarracino (guitar, synth, vocals), Enzo Avitabile (sax, flute, vocals), Paolo Raffone (keyboards) and Rino Zurzolo (bass). Città Frontale released only album in 1975 before disbanding, ”El tor”, that was originally conceived as a rock opera. It’s a concept album that tells the story of a fantastic character called “El tor” and of his mad revolutionary plans. By the way, El Tor was the popular name of the vibrio cholerae, the bacteria responsible for the disease that raged in Naples in 1973. 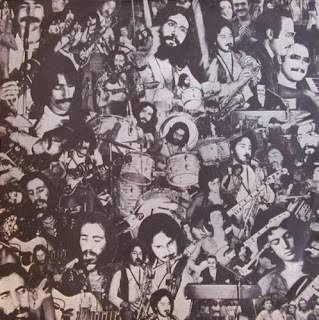 The opener “Alba di una città” (Dawn of a city) is a soft and delicate instrumental intro describing a city that wakes up. It leads to the melodic “Solo uniti” (Only united), a joyful song about a dream of revolution... “It’s only together that we can give a dimension to reality / It’s only united that we can change this society...”. The political commitment is evident in the lyrics but the music is very distant from the sound of Osanna and more in the vein of a Brodway show (or, if you prefer, in the vein of an Italian commedia musicale by Garinei and Giovannini). Nevertheless the drumming of Massimo Guarino is brilliant and in this track you can appreciate the remarkable bass work of Rino Zurzolo as well.


The title track is a ballad introduced by acoustic guitars. The lyrics depict the protagonist of the story, a dreamy boy who makes a deal with the devil: “El Tor” sells his soul to the devil and in exchange he obtains the power of muting his body at will. In this way he can travel all over the world muting himself millions of times and - disguised as an eagle, an elephant, a snake, a microbe or a butterfly - he can listen to the voices of the suffering and oppressed people. Although the lyrics provide a suggestive imagery the overall structure of the songs on this album is simpler if compared to Osanna's previous works and, despite the excellent musicianship showcased by all the members of the band, the music never really takes off. 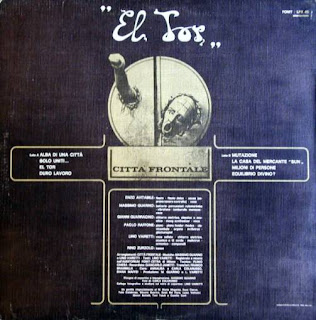 “Duro lavoro” (Hard work) in my opinion is by far the best track on this album, but it is an exception. This piece features shifting tempos and moods and here the atmosphere is closer to Osanna’s standards than in every other track on this work. The lyrics describe the protagonist’s growing awareness of a world where there’s a “wicked power” exploiting poor people work while the music goes from the delicate classical guitar intro to quotes from Frank Zappa.


Next comes “Mutazione” (Mutation), a good instrumental track that tries to describe the change in attitude of the protagonist of the story that leads him to a bursting rebellion against the political system. This track is the only one on this album that could be described as close to jazz rock and features an excellent sax work intertwined with guitar and keyboards lines soarting from the suggestive and dynamic background provided by the rhythm section.

On “La casa del mercante Sun” (The house of Sun the merchant) the music comes back to simpler structures and melodic lines, while the lyrics describe the protagonist who is concocting his plans for a revolution. 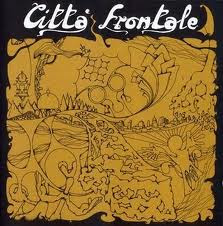 “Milioni di persone” (Millions people) is a ballad almost in “West Coast” style featuring acoustic guitars and blues harp. Here the lyrics try to describe the bitterness of a revolution leader corroded by the power that has to impose his will on millions people who don’t share his ideology...

In the last track “Equilibrio divino” (Divine balance), another melodic ballad with an interesting finale in crescendo, the protagonist ends up killing people in the name of God, “aiming to put their devotion under state control”. A sad end for a revolutionary dream!

Well, on the whole, despite the intriguing concept, in my opinion “El tor” sometimes lacks a coherent musical direction. Anyway it’s a nice album and I'm sure that Osanna's fans and those who love the melodic side of Italian prog will enjoy it.