Elisir d’Ambrosia come from Venice and were formed in 2013 on the initiative of guitarist and composer Marco Causin and drummer and music teacher Simone Sossai. Their aim was to play original music inspired by the historic prog bands of the seventies but adding a touch of modernity and their own sensitivity, so they looked for other musicians who would share their project. After some personnel changes and a hard work, in 2018 the band self-released an eponymous debut album with a line up featuring Marco Causin (electric and acoustic guitar), Alessio Uliana (keyboards), Riccardo Brun (bass), Andrea Stevanato (vocals) and Simone Sossai (drums) and the help of some guests such as Quanah Parker’s leader Riccardo Scivales (keyboards), Paolo Ongaro (percussion) and Enrico Callegari (bass). In some way, the album cover by Simone Faggian describes its musical content and its dark evocative colours... In my opinion it’s a very nice work full of passion and vintage sounds that should be of real interest for Italian prog lovers. 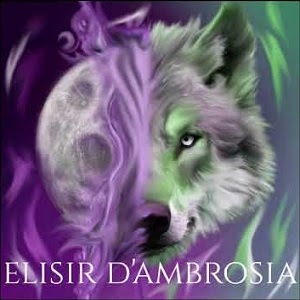 The opener “Ambrosia” is a good instrumental track built up with electric pink bricks and dark vintage keyboards. Although every now and again the music could recall Pink Floyd and Banco del Mutuo Soccorso there’s ample room for the band’s own creativity… Then comes “Cenere” (Ash), a long track that evokes the cathartic power of dawn. The light of a new day sweeps away the ashes of a nightmarish, restless sleep crowded by opaque spectres and cannibal gods, disturbing memories and broken hearts. Here the vocals and some hard guitar riff could recall Jumbo or Biglietto per l’Inferno… Not bad at all!

“Cardiologia” (Cardiology) starts by a nervous electric guitar arpeggio, then heartfelt vocals depict in music and words the doubts and the inner struggle of a vain musician whose heart is burning like an old firewood. He plays his concerto over and over again and his music is compared to the arrogant image of his mirrored ego… There is a nice central passage that could recall Santana, then a sparkling keyboards solo ends the piece.

The following “Dimensione deserto” (Dimension desert) is the shortest track on the album. It’s a curious mix of melancholic atmospheres and Latin rock, a strange musical path that ends with the voice of a barker that invites you to enter another dimension where you can find all the time you need, but beware! You have to leave behind flesh and bones… It’s a perfect introduction to the long, complex “Libero di volare nel vento” (Free to fly in the wind), a beautiful piece that describes in music and words a transcendental, esoteric experience and every now and again could recall Il Bacio della Medusa and Il Biglietto per l’Inferno. There are strong poetical images and a surreal sense of absurd, here the Grim Reaper has a laughing, mocking face and plays a white guitar as the protagonist leaves his memories as a pilgrim leaves behind his possessions to take off in a dark sky, without chains and finally free to fly in the wind and to melt into a timeless immensity… A great track!

The melancholic, relaxed “Piano piano” (Slowly) conjures up the image of a man slowly floating on the sea, carried away by the waves, crossing the currents and waiting for better days, trying not to drown while escaping from the raging storms of everyday life... Then comes the dreamy “Luna” (Moon), a kind of lay prayer to the moon, the astronomical body that has always illuminated the heart of poets and filled them with hope. The ashes of our burnt dreams can’t cover its timeless light, pure and inviolate...

The last track “Tenebra” (Darkness) is a committed complaint against the obscure games of power of the political and economical world. It depicts a smothering fog falling down, obscuring the mind of the protagonist and driving him mad. He tries to escape but nightmares as tentacles of a mysterious entity try to capture him and draw him back into the darkness where godless gods push humanity into a primordial chaos stirring irrational fears. There are unscrupulous madmen in charge of our destiny who think to be immortal and their overwhelming greediness risk to bring humanity on the brink of extinction… A very good piece to end a very interesting work!

Have a try, you can listen to the complete album HERE. For the physical copy, ask the band!