MARBLES IN THE SAND

The RedZen began life in Milan in 2009 on the initiative Roberto Leoni (drums), Ettore Salati (guitars) and Marco Schembri (bass), three former members of The Watch. After some jam-sessions as a trio, keyboardist Angelo Racz joined the party while some months later Marco Schembri left the band and was replaced by another experienced bassist, Nicola Della Pepa. In 2011 with this line up the band released their debut album, “Void”, on the independent label Ma.Ra.Cash Records. Well, first of all I have to say that the overall sound of The RedZen is quite different from The Watch, a band that nowadays sounds even “more Genesis than Genesis”. In some way all the tracks are the fruit of a collective work and of long jam sessions, the influences of the musicians range from jazz to metal, from fusion to progressive rock and the final result is a tasteful, colourful musical cocktail where all these ingredients are mixed together. 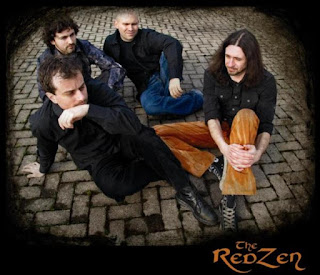 The artwork by Alessia Giangrande depicts an exotic landscape and a cluster of gigantic marbles in the sand. In my opinion it sets the atmosphere for the opener “Cluster”, a lively track with the keyboards in the forefront where you can imagine an hypnotic celebration of the nature with a light bird flying high and making evolutions in the air. 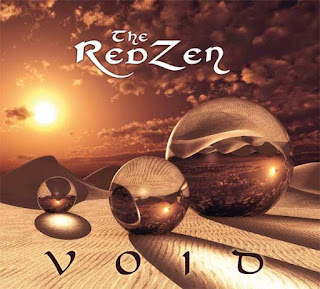 With the following “Hot Wine” the party goes on, the rhythm takes off and you can imagine a beautiful woman from Tokyo dancing in a deep purple dress among the tables of crowded venue while the band is jamming. “Slapdash Dance” is in the same vein, with a touch of Oriental mysticism and bright colours. Next comes “Alexa In The Cage”, in my opinion the weakest track on the album. It was previously included in the "Dante's Paradiso" compilation released in 2010 by Colossus/Musea and features the vocals of the guest Joe Sal with English lyrics about a troubled relationship.


The excellent “Into The Void” begins softly, the atmosphere is dreamy and the music leads you on a long trip through time and space. Then the ambiguous “Who's Bisex” takes you back on earth with its frenzied, swinging pace and pulsing bass lines. The following “Return To Kolkata” begins with the sound of a sitar and evokes a long journey to India full of surprises and dramatic musical landscapes. On the next “Spin The Wheel” there's a sound of hooters in the background and an electric guitar arpeggio suggesting fiery, infernal developments with the hell's bells ready to ring. An instrumental version of the aforementioned “Alexa In The Cage” concludes the album. On the whole a very interesting work from a band with a great potential!

The RedZen: Void (2011). Other opinions:
Olav Martin Bjørnsen: Those who like instrumental progressive rock that covers relatively vast ground in terms of expression, are able to appreciate and enjoy fluent compositions with a strong improvised feel, and like their music to be fairly challenging yet accessible should find this band and their debut album to be a fascinating acquaintance, well worth exploring. A fine initial effort by a talented band, and one I hope we will hear more from in years to come... (read the complete review HERE)
Jordan Blum: Void suffers from problems that are all too common in the genre today—namely, that while the musicianship is impressive, there isn't any newness to it. So much of Void sounds the same onto itself—not to mention quite similar to countless other artists in the field—that the tracks have almost no individuality... (read the complete review HERE)

Email ThisBlogThis!Share to TwitterShare to FacebookShare to Pinterest
Labels: LOMBARDIA, Milan, The RedZen, The Watch