GHOSTS FROM THE WASTE LAND

Unreal City began life in Parma in 2008 on the initiative of Emanuele Tarsconi and Francesca Zanetta, rising from the ashes of another band called Syllogism. After some line up changes, an intense live activity in the local scene and a first self-produced demo, in 2013 the band finally released their début album, La crudeltà di aprile (The cruelty of April) on the independent label Mirror Records. The album was recorded at the Hilary studios in Genoa with the help of experienced producers such as Fabio Zuffanti and Rossano Villa and with a line up featuring Emanuele Tarasconi (vocals, piano, organ, Moog, Mellotron, synth, harpsichord, Theremin), Francesca Zanetta (electric and acoustic guitars, lute), Francesco Orefice (bass, vocals) and Federico Bedostri (drums, percussion, vocals) plus the special guest Fabio Viale on violin. The result is a brilliant mix of memory and desire that the band achieved stirring dull roots with spring rain for the pleasure of the listener: well, it's not by chance that both the name of the band and the title of the album are in some way related to T.S. Eliot's The Waste Land and maybe some other verses from this poem could give you an idea of the content of this charming work... “Unreal City / Under the brown fog of a winter dawn / A crowd flowed over London Bridge, so many / I had not thought death had undone so many...”. The sound of vintage instruments, a solid classical background and a fresh creativity evoke ghosts, melodies and dreams from the past and give them a new life.

The opener “Dell'innocenza perduta” (Of the lost innocence) begins with a tense section, then a calmer part follows featuring soaring vocals evoking the almost human voice of the wind in a dark, enchanted wood. The music and lyrics describe in an original way the trauma of a boy who has to tackle the loss of family and security, his necessity of rapidly growing up to face the world and the hypocrisy of the people around him. As the innocence of the childhood gives way to rage and awareness the rhythm rises again with a beautiful collage of vintage sounds and a raging wave of fresh energy.

The second track, “Atlantis (Conferendis Pecuniis)”, was inspired by the myth of Atlantis as narrated by Plato and deals with the dark side of human nature. The atmosphere is dark and you can almost feel an impending sense of tragedy. The fall of Atlantis and its civilization here is just a metaphor used to describe the punishment for the guilty behaviour of people corrupted by greediness, ambition and an infinite thirst of power. Eventually virtues and culture succumb to the spreading materialism but mother nature always takes its revenge. A flood that no one can stop pours on the crowded square... “The large slab of aurichalcum that gave us wisdom is now reduced to dust / It rang our guilt...”. 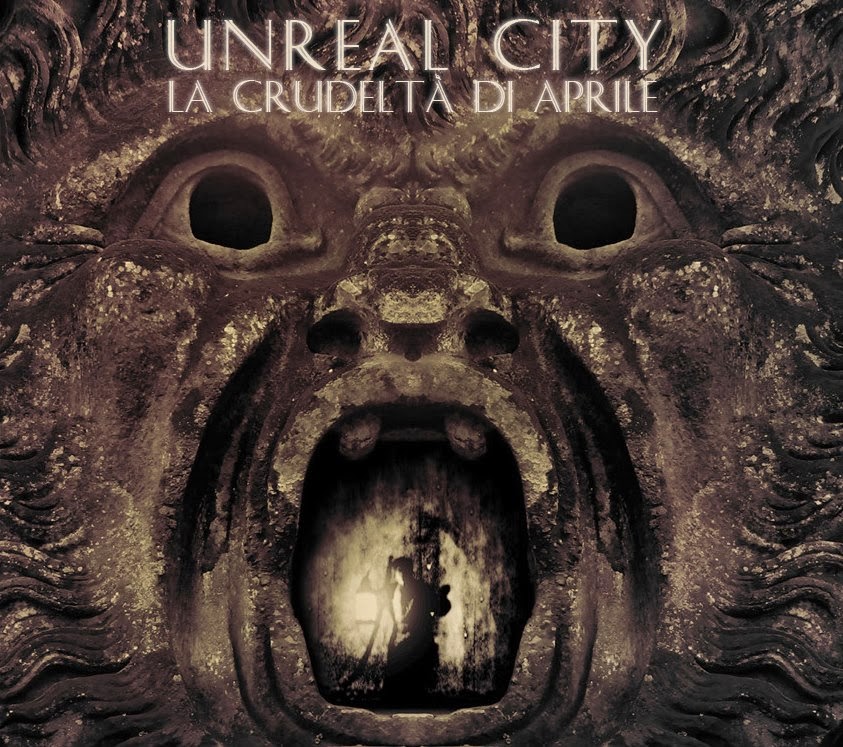 “Catabasi (Descensio ad Inferos)” was inspired by Goethe's character Faust and describes the timeless trip of a damned scientist to the underworld in search for knowledge. It begins by a dark church-like organ passage and vocals. You can hear the sound of a bell in the background, a man is walking in the twilight on an Autumn evening, then a thousand spectres begin to dance around him to the sound of a violin while the rhythm rises evoking an eternal Sabbath that draws the listener towards black flames and mud, down into a merciless abyss. Nevertheless the damned scientist doesn't fear the devil, during his meeting with him he's calm and remorseless like a man who eats a prohibited fruit and taste it... “I'm ready, take me away from here... Time is running out / Stop the time!”.

The beautiful “Dove la luce è più intensa” (Where the light is more intense) describes in music and words a man on the border of madness that runs away from reality. Prisoner of his poetry and of his nightmares, he becomes a hermit hiding in a hollow tree in a wood, not far from a graveyard... “Among white statues and tombstones / Grey and soulless / I heard his voice...”. The theatrical vocals by Emanuele Tarsconi are very effective here while the music perfectly fits the content of the lyrics.

The lively “Ecate (Walpurgisnacht)” was inspired by the Goddess Hecate and by the pagan rites of the Walpurgis Night. Hecate in Greek mythology is associated with crossroads, entrance-ways, fire, light, the Moon, magic, witchcraft, knowledge of herbs and poisonous plants, necromancy and sorcery. The music and lyrics evoke a solitary village in the mountains not far from a mysterious place where the witches used to gather to celebrate the new moon with their dark lady. All the travellers who had the chance to see those celebrations lost their reason... “If you follow the route beyond the mountain / Beyond the black of its darkest path / There you'll find her, queen of the horizon / In her eyes burns a fire, eternal and still...”.

The last track, “Horror Vacui”, is a long, complex suite divided into four parts that deals with the disquieting feelings of a serial killer. It begins with a tense instrumental part, “Le radici del male” (The roots of evil), that could recall Goblin and the atmospheres of Dario Argento's movies. The second part, “L'assassino” (The murderer), introduces the protagonist of this piece, that is set in a surreal, nightmarish New York City where you can see black butterflies in a sky of lead, living dead sitting in the metro and hungry monsters walking on bloody streets. The third part, “Nel sonno della ragione” (In the sleep of reason), is a calm, dark instrumental passage that leads to the the last part, “Il baratro della follia” (The chasm of madness), where the voices of the victims of an absurd, cruel game echo in the insane mind of the protagonist, soaring from rusted metal boxes hidden in dark, red rooms. Well, I think that this could be a perfect background for a Stephen King's novel!

Unreal City: La crudeltà di aprile (2013). Other opinions:
Michael “Aussie-Byrd-Brother”: Immaculately produced, endlessly melodic and catchy without sacrificing sophistication and artistic integrity, `La Crudeltà Di Aprile' really knocked many of us RPI fans back even upon the first listen. It's rare to hear a band so confident, playing with such vigor and power. Sure they take on endless ideas and styles, but it's all so pleasing to the ear and well composed with a great sense of flow that the endless different sections shift seamlessly. I fully applaud Fabio Zuffanti's urging that the band sing in their native language, and a recent interview seemed to suggest they relished singing in Italian to `take advantage of all the quotes and expressions that would have been lost in English'. To the lads and lass in `Unreal City', real Italian progressive fans admire and are very grateful for this devotion and respect to the true sound of the RPI genre... (read the complete interview HERE)
Thomas Szirmay: Musically sensational, visually attractive and fresh, we are offered a vision where classic progressive meshes with absolute modernisms, a young quartet of Northern Italian fashionistas who happen to master their instruments (besides looking hot) and incorporate all the classic RPI traditions of clever melodies, artful presentation, impeccable delivery and dramatic performances... (read the complete review HERE) 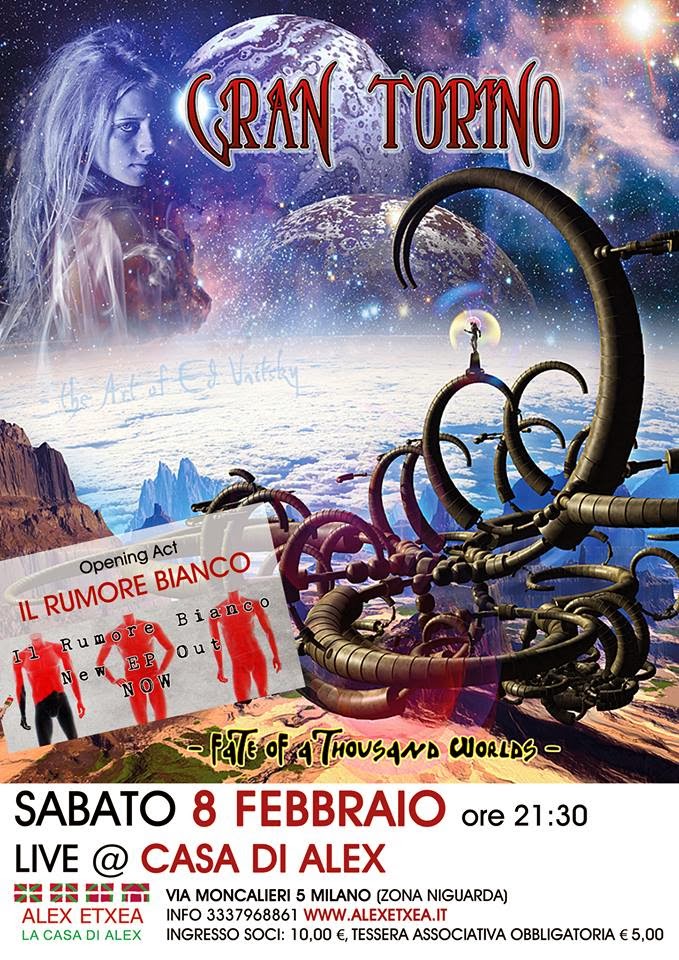