Goblin Rebirth is a new germination of Goblin, the historic Roman prog band best known for the soundtracks of horror films such as Deep Red or Dawn of the Dead. The project was born in 2011 on the initiative of two veteran Goblin's members, Fabio Pignatelli (bass) and Agostino Marangolo (drums) and the line up was completed by Aidan Zammit (keyboards, vocoder), Danilo Cherni (keyboards) and Giacomo Anselmi (guitars). The band started performing live some pieces from Goblin's old repertoire but also managed to work on original compositions. In 2015 they finally released a brand new album on the independent label Relapse Records: it's simply entitled Goblin Rebirth and it was conceived as the soundtrack of an imaginary film whose plot is described in the liner notes. During the recording sessions the overall sound was enriched by some guests musicians such as Arnaldo Vacca (percussion), Francesco Marini (cello), Roberta Lombardini (vocals) and Dorraine Zammit Lupi (vocals) and I'm sure that Goblin's fans won't be disappointed by this work... 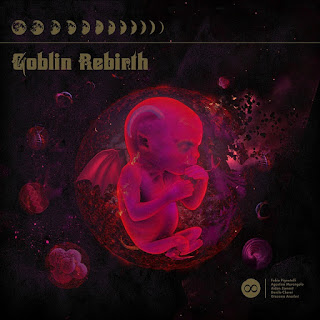 The excellent opener "Requiem For X" conjures up an atmosphere of mystery. According to the liner notes, it describes a scene where a strange character is observing a funeral ceremony from a hidden spot... Well, the strange character is a goblin who looks at his own final journey towards the pyre. How could it happen? He remembers...


The following "Back In 74" takes you back in time and features vintage sounds that recall Italian seventies scores full of car chases and action... According to the story-line here the protagonist begins a strange experience that drives him across space and time. He relives his childhood and early adult life, he can see all his many errors and feels that he has to follow a new way...

The dark "Book Of Skulls" describes the climbing of a mountain and the discovery, in a palace carved into the rock, of a mysterious book. The protagonist can't understand the symbols written on the pages of the book and their secret message but he puts the book in his pocket and leaves the palace... 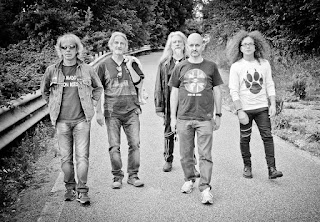 The following "Mysterium" takes you through the labyrinth where the protagonist gets lost after leaving the palace. The atmosphere is tense and disquieting, you can feel fear and a sense of loss looming large. The protagonist feels he's being manipulated like a guinea pig in an experiment by an unknown entity...

On "Evil In The Machine" the rhythm rises and the atmosphere becomes almost unreal. The music veers to frenzied electronic soundscapes and here every now and again it reminds me of bands such as the Rockets, Kraftwerk or Alan Parsons Project. What did it happen? Well, you'll never know how, but the protagonist is now trapped into a video game and in this surreal world created by humans he meets a beautiful female goblin: short circuit! The game is over...


On the following "Forest" the rhythm calms down and we find the new formed couple in a kind of garden of Eden, surrounded by the beauty of nature. Now the atmosphere is relaxed, you can hear a church like organ and the suggestive, ethereal female vocals of the guest Roberta Lombardini while an electric guitar solo evokes a love dream on the dark side of the moon... Is this love?

The Gothic "Dark Bolero" conjures up obscure suspects, sins and betrayals. The music for a while takes you back to the time of Inquisition trying to describe a love that is falling apart, poisoned by jealousy and infidelity. Eventually the protagonist realizes that a goblin can never love and gives up: he just closes his eyes waiting for the end of his painful days on earth...

The closer "Rebirth" marks a new beginning. The protagonist awakes in a new mood, you can here exotic percussion and acoustic guitar passages while the keyboards weave the fabric of a new spiritual dimension. Mr. X is back home now and his family welcome him. He can start a new circle with a new awareness, while his nightmare slowly melts in the light of a new day...

Well, I doubt that this album will ever become the soundtrack of a real film, so all the images are up to your own fantasy that the power of music can stir, you can even elaborate a different screenplay if you like... Have a try!

Goblin Rebirth: Goblin Rebirth (2015). Other opinions:
Michael "Aussie-Byrd-Brother": A complete rebirth of the Goblin sound may be a bit of an exaggeration, but 'Goblin Rebirth' still sees this version of the band very inspired and determined to impress, and they've succeeded in creating a very confident and distinctive work. It ticks all the right boxes and will easily please faithful Goblin fans, but there's a lavish symphonic prog sound in general, with a gutsy modern edge that already shows Goblin Rebirth forging their own unique dark identity. They not only compliment the other currently active Goblin bands, but they also stand apart on their own merits, and it's a triumph for lovers of the darker side of Italian prog and instrumental prog in general... (read the complete review HERE)

Algebra are an Italian prog band from Benevento that was formed in early eighties on the initiative of keyboardist Rino Pastore and drummer Salvatore Silvestri. Well, this band is not one of the most prolific ones.... After a debut album in 1994, “Storia di un Iceberg”, in 2009 they released this second work for the independent label AMS/BTF, “JL”, inspired by Richard Bach’s book “Jonathan Livingston Seagull”. The current line-up features Mario Giammetti (vocals, acoustic and electric guitars, bass), Rino Pastore (keyboards), Roberto Polcino (keyboards, accordion), Francesco Ciani (drums, acoustic and electronic percussion) and Maria Giammetti (alto and soprano sax, flute). In studio they were helped by some prestigious guest musicians such as, among others, Steve and John Hackett, Aldo Tagliapietra, Lino Vairetti and Goran Kuzminac that helped enrich the sound. Algebra are great fans of Genesis, but the music on this work is definitely less derivative than on their previous one. It’s conceived as a long suite and features some really good melodic, emotional passages... 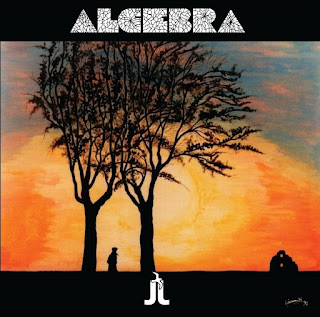 It was morning, and the new sun sparkled gold across the ripples of a gentle sea... The opener “Il molo deserto” (The deserted pier) begins softly, two flutes wake up, then an electric guitar solo (played by Steve Hackett) soars like a flight of seagulls... On the next track the vocals of Aldo Tagliapietra, on a calm background, draw the image of a solitary gull, which doesn’t care for food like the others... “His name is Jonathan and he loves flying / He flies far away / To lightly touch new horizons...”.

Next comes “Il volo perfetto” (The perfect flight) where the emotional vocals of Osanna’s leader Lino Vairetti describe Jonathan’s practice until the notes of a sax solo lead to the light, delicate instrumental “Aria nuova” (New air). We can lift ourselves out of ignorance, we can find ourselves as creatures of excellence and intelligence and skill. We can be free! We can learn to fly!

“La gogna” (Stand to Center) describes the reaction of the flock against the strange attitude of Jonathan. “Jonathan Livingston Seagull! Stand to Center!” The Elder’s words sounded in a voice of highest ceremony... “Jonathan Livingston Seagull”, said the Elder, “Stand to Center for Shame in the sight of your fellow gulls!”... “For his reckless irresponsibility”, the solemn voice intoned, “violating the dignity and tradition of the Gull Family...”. The solemn threatening voice of the Elder and the puzzled voice of Jonathan are interpreted by Rino Pastore and Mario Giammetti with passion, then a delicate flute passage leads to another beautiful instrumental “I gabbiani non volano al buio” (Seagulls never fly in the dark). Jonathan Seagull discovered that boredom and fear and anger are the reasons why a gull’s life is short, and with this gone from his thought, he lived a long fine life indeed.

“Un’altra dimensione” (A new perspective) opens with a delicate organ sound, then synthesizers and an electric guitar solo introduce the voice of Goran Kuzminac who sings describing the meeting between Jonathan and two radiant gulls that show him the way to higher knowledge... “Come with us they said to him / One school is finished, and the time has come for another to begin / And they disappeared together into the night...”. Well, Goran Kuzminac is one of my favourite Italian singer songwriters and it was a true pleasure for me to listen to his contribution on this album!

Next comes “Al naufragio del mio sogno” (The shipwrecked dream) that features the operatic vocals of Gianfranco Casiero soaring from a dreamy atmosphere and melts into the exotic percussive pattern of the short instrumental “Un battito d’ali” (A single beat of wings)... “I’m still alive / In the caresses of every wind breath...”. So this is heaven, he thought, and he had to smile at himself. It was hardly respectful to analyze heaven in the very moment that one flies up to enter it.

On “Ciang” (Chiang) the intense voice of Italian rocker Graziano Romani describes a new leg of Jonathan’s path to perfection and the meeting with the Elder Gull Chiang... “I am Chiang and I am the Elder Gull / I am here to teach you to fly / You will go to heaven / When you reach the perfect speed...”. “We choose our next world through what we learn in this one. Learn nothing, and the next world is the same as this one, all the same limitations and lead weights to overcome... Heaven is not a place, and it is not a time. Heaven is being perfect!”.

“Il fattore tempo” (Working in time) is a beautiful jazzy instrumental where Maria Giammetti’s saxophone evolves upon a background of counter-bass and piano. “Those who put aside travel for the sake of perfection go anywhere, instantly. Remember Jonathan, heaven isn’t a place or a time, because place and time are so very meaningless...”. The following track, “Il richiamo” (The callback), is about Jonathan’s need to come back to his old flock to show other young seagulls what he has learned and to teach them how to fly... Hope and nostalgia mixed together in a delicate ballad with a beautiful finale where sax and electric guitar take the lead.

On “Fletcher” the lyrics describe the meeting between Jonathan and his new student, Fletcher. New sensations and feelings, new theses overcoming old rules while exotic notes of saxophone lead to the delicate instrumental “Soffi da Oriente” (Gusts from the East)...

“Un’infinita idea di libertà” (An unlimited idea of freedom) is another excellent instrumental, joyful and relaxed at the same time, while the following “Ritorno allo stormo” (Back to the flock) begins in a more elaborate, dramatic way... “Break the chains / They keep the thoughts in prison / Then the body will be free too...”.

“Presa di coscienza” (Awareness) is beautiful piece about hope... It tells of the meeting between Jonathan and a gull with a broken wing, Maynard... “If you want to fly / Open your wings / And take it easy...”. And Maynard, the injured gull took off towards the sky, in the wind! “Nel vento della grande montagna” (In the Great Mountain wind) is another short instrumental that slightly reminds me of Le Orme’s “Aliante” and features John Hackett on flute.

You need to keep finding yourself, a little more each day, that real, unlimited Fletcher Seagull. He’s your instructor... A moment later Jonathan’s body wavered in the air, shimmering, and began to become transparent... “L’addio” (Goodbye) and the following complex instrumental final act “Atto finale” are a perfect epilogue for a very good album that could give you the chance to rediscover an amazing book...

From Rock Progressivo Italiano: An introduction to Italian Progressive Rock