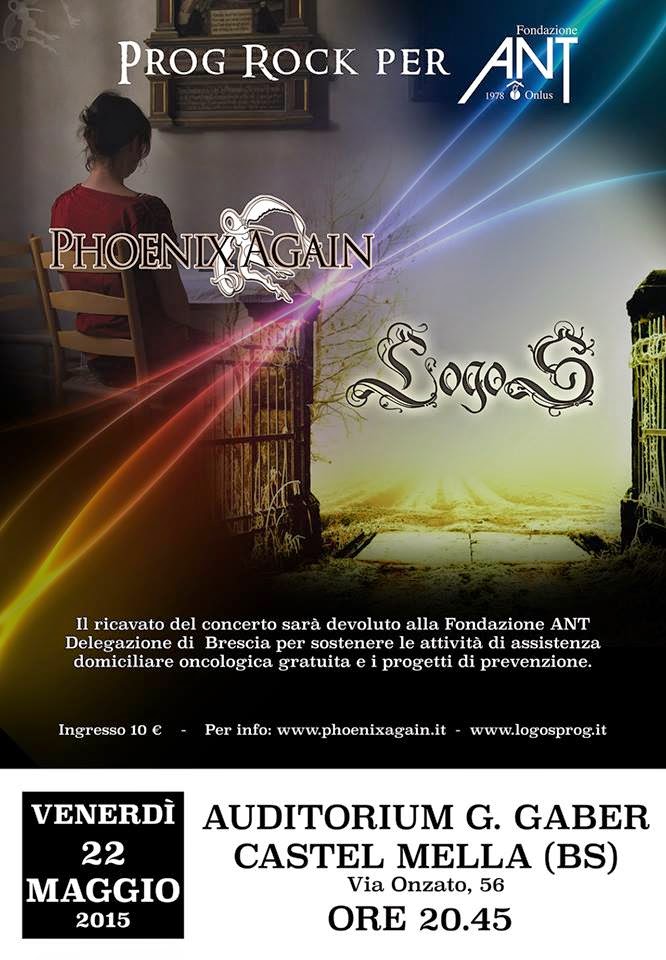 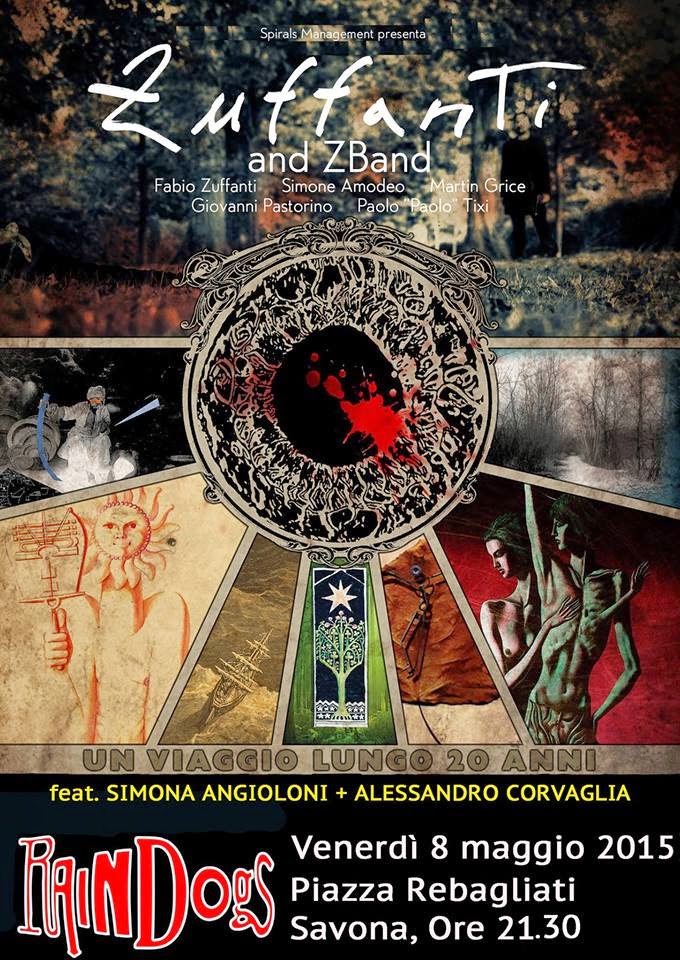 A NEW MOON AND OLD MEMORIES

Aurora Lunare come from Livorno and began life in 1978 on the initiative of a bunch of friends in love with the music of bands such as EL&P, Yes, Premiata Forneria Marconi, Banco del Mutuo Soccorso, Le Orme or Area just to name but a few. In that period progressive rock was on the wane but the band went against the tide and remained active on the local scene until the end of the eighties. In those years they hadn't the chance to release an album and it wasn't until 2006 that Aurora Lunare could manage to self-release a double CD with their non-professional old recordings to keep the memory of the band alive. In 2007 a real reunion followed and after years of hard, passionate work in 2013 the band finally released an official eponymous debut album on the independent label Lizard Records with a line up featuring Mauro Pini (vocals, keyboards), Luciano Tonetti (bass), Marco Santinelli (drums) and Stefano Onorati (piano, keyboards, electric guitar). During the recording sessions they were helped by many guests such as Tolo Marton (guitar), Gianluca Milanese (flute), Alessandro Corvaglia (guitar, vocals), Corrado Pezzini (synth-vocals), Graziano Di Sacco (vocal effects), Nicola Santinelli (classical guitar), Greta Merli (vocals) and Valentina Cantini (violin) who contributed to add more colours to the musical palette of the band. The result is excellent and I'm sure that Italian progressive rock lovers will not be disappointed by this album. By the way, in the booklet you'll find many pictures and some paintings by Luciano Tonetti that describe the content of the music and lyrics...


The beautiful opener "Evasione di un'idea" (Escape of an idea) begins by a marching beat that seems coming out from the mists of the past. In fact, according to the liner notes, the first part of this track is taken from an old tape containing a live recording from 1980 but after a minute and a half the mist gives way to a brilliant symphony of lights and shadows evoking the eternal struggle between dreams and reality, youth and maturity. As a gust of wind blowing away the cry of a man, an idea rises over the void that surrounds you. It shouts, trying to erode heavy metaphorical stones and negative memories and you can feel that soon a song of joy will break through, one day or another...


The following "Eroi invincibili... son solo i pensieri" (Invincible heroes... They are just thoughts) is in the same mood and begins by a piano solo pattern, then soaring melodic lines and heartfelt vocals lead your through indescribable landscapes where you can find lost temples and wide meadows burnt by the fire of a thousand emotions. You have to walk the beaten tracks, crawling on layers of madness and taking the risk of drowning in the sea of your lost chances... A church like organ solo passage ends this track and introduces the next one, the wonderful instrumental "Mondo fantasmatico" (Phantasmatic world) where you can let your imagination run free following the notes of a magic flute until you get lost in time and space.

"Riflessi indicativi" (Indicative reflexes) draws in music and words a surreal tableau reflecting images of distant worlds in the morning light. You can see black corals, crystal nets and strange buildings all around you while your memories start to get blurred... Then comes the dark, crazy experimentalism of "Corsa senza meta" (Running without a goal), an instrumental digression where dreams seem to turn into nightmares.


On "Secondo dubbio" (Second doubt) the rhythm rises again and the atmosphere is definitively brighter. The music and the hermetic lyrics conjure up images of hope shining through an suffucating mist and old memories from a tormented past. The following "Interlunio" is a short instrumental track for organ and flute that leads to another beautiful instrumental, the dreamy "Sfera onirica" (Oneiric sphere). The final track, "All'infuori del tempo / Ritorno al nulla" is a cover taken from Le Orme's masterpiece Felona e Sorona and represents a tribute to one of Aurora Lunare's most important sources of inspiration. It's enhanced by the presence of former Le Orme's guitarist Tolo Marton and by the female vocals of Greta Merli.

On the whole, this is an excellent album where historic pieces from the old repertoire of the band and some new tracks have been arranged and performed with painstaking care and great musicianship for the pleasure of the listener: a must-have for every Italianprog fan!


Aurora Lunare: Aurora Lunare (2013). Other opinions:
Michael "Aussie-Byrd-Brother": 'Aurora Lunare' is everything a symphonic progressive rock fan could ask for, and with setting the bar so high for a debut release, one has to wonder where the band can can go from here. Not bad for a group already over thirty five years into their career! Better late than never, and if this is what the band could have achieved back in the vintage era of the 70's, they'd possibly be being talked about as something very special from the heyday of the RPI genre now... (read the complete review HERE)