ASSENZIO is prog band from Bari that began life in 2004. The line up features Gigi Lorusso (guitar), Emanuele Manzo (bass), Lino Paglionico (vocals and flute), Fabio Prota (keyboards) and Cristiano Valente (drums). Their influences range from classic Italian progressive rock bands such as PFM, BMS and Area to newer and heavier acts. Assenzio’s debut album, the self-produced “’”, was released in 2005 and is an interesting conceptual work inspired by the Seven Deadly Sins. Although it was completely recorded and mixed in the band’s home studio, the sound quality is very good and it’s really worth listening to...

﻿﻿﻿﻿﻿﻿
The opener “Antitesi” (Antithesis) begins softly and introduces the “concept”. Acoustic guitar and flute set a dreamy atmosphere where in a distorted reality vices and virtues are fighting against each other... “I dare fancying inside of me a world full of innocent perversities / I build with my mind an ageless place... An unfair and charming antithesis of opposite egos is attracting me...”. You can listen to this track and legally download it for free, just click HERE.

“Primo cherubino” (First Cherub), deals with Pride. It starts with a percussive and dark beating, then the electric guitar starts pulsing too... The music flows with many changes in rhythm while the voice of the singer draws the image of a vain king, a king of the night who comes to life at dusk like a vampire with the look of Tony Manero in Saturday Night Fever... “I live only for the night / I die and arise only for those who look no one but me / My light shines high and irradiates my majesty like a lighthouse... You despise my vanity, subdued by your lack of qualities... My hegemony is absolute, it has no limits / I’m your king!”. You can listen to this track and legally download it for free from HERE.

Next comes “Beni Shahih”, a track about Greed. The incipit is powerful and full of energy, then the rhythm begins to swing while the vocals interpret a strange character who cuddles his little shining and clinking creatures... Try to think to Scrooge McDuck swimming across his money or to Gollum madly dancing on the edge of the abyss holding “His Precious” ring... “I want everything for me / I do not have anyone anymore / I hold tight to my chest my treasure / It’s like a soft pillow for me / It’s only mine and I want more...”. The greedy character hates other people, they are like threatening dark enemies who judge his words and his actions, he feels their inquisitive eyes upon him...  “Eyes that look at me / Eyes that stare at me / Eyes that judge me / Eyes that hate me... Leave me alone!”. Well, a great theatrical interpretation! You can listen to this track and legally download it for free. Click HERE.

“Passione e vizio” (Passion and vice) is about Lust. A piano solo sets the atmosphere... Imagine a man lying in an opulent ocean of shining gold, surrounded by wonderful women, indifferent to what happens outside his “shell”... “Passion and vice rule with overwhelming force the senses never saturated with lust / You are surrounded by the most charming creatures on Earth who delight your senses / You have fun without worrying about the storm...”. The music is complex and features every now and again spicy Oriental atmospheres and a peculiar guitar Latin sound à can listen to this track and legally download it for free from HERE. 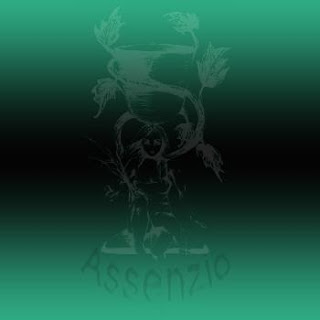 “Tempesta” (Storm) is about Wrath. It starts with some aggressive electric guitar riffs and pulsing bass lines... “A red sky is burning tormented by rage / The threatening wind of resentment blows / The clouds on the horizon relish the duel... The roar of the storm spreads / The thunder and lightning break out from the sky... And anger can rule without mercy...”. The music and words depict wrath in a very colourful and effective way... “My eyes reflect the clouds / They are red like the sky that shouts blood... My scream explodes, it needs to resound... I seek relief in broken glasses...”. Well, an epic rage for an ordinary story of hooliganism! You can listen to this track and legally download it for free from HERE.

“Avida anima” (Greedy soul) is about Gluttony. Here the over-indulgence and over consumption of food, drink and other intoxicants is a way to fill the infinite emptiness of a weak soul, a way to compensate the lack of values that could make a man fragile and mean. On a funky rhythm the vocals interpret the languid madness of a man who changes his dreams into desires and the desires into greediness... “In every whim there’s happiness... My corrupted belly created my world... I cured the melancholy with the pleasure of the palate / And face to face with the mirror of my identity / I fill the void of my greedy soul with the frenzy of possession, with gluttony...”. You can listen to this track and legally download it for free from HERE.

“Parassita” (Parasite) is about Envy. The music goes through many changes in mood and rhythm while the lyrics compare envy to a parasite that can hide itself under your skin and can conceal its looks behind a black veil... “The hypocritical parasite smiles / Meanwhile it injects its poison / It grows slowly, hidden...”. You can’t see it, you can’t see the pain of the envious people in the background who would like take your place in limelight... “How can’t you see my pain? / Maybe am I invisible to your eyes? / You’re always there in the front, unattainable / I want to be you!”. You can listen to this track and legally download it for free from HERE

The last track “L’oppio degli ignavi” (The opium of the sloth) is about Sloth. It begins softly, after a piano introduction the vocals soar slowly... “Leaden desert, wrap me in an embrace of dynamic inertia / The nothingness is my friend, I let my life pass by...”. The music flows like the current of a raging river and leads you toward a fall. Poverty and want are lurking in the mud like a robber or an armed man while drugs addiction and escape from responsibilities drive you in the eddies of the Styx. Eventually you find yourself prisoner of your restless ego, floating aimlessly toward the vortex of oblivion... A great track and a perfect conclusion for a very good album! You can listen to this track and legally download it for free from HERE

At the moment the activity of the band is suspended and Assenzio’s members are involved in some side projects such as  (Paglionico), U’Papun (Lorusso and Valente), Suoni Mudù (Lorusso and Manzo) and Mister Wilson (Prota). Gigi Lorusso is a teacher of sound recording techniques as well...


Assenzio: 'Avon (2005). Other opinions
Jim Russell: These guys rock hard although they never go into prog-metal. Hard rock, some crossover, occasional fusion, there is something for everyone... An absolute treat this work is. The downside of the self-produced work are the occasional production issues, but for the most part the sound is of a high quality... (read the complete review HERE).
Torodd Fuglesteg: The melodies are all great. My only gripe is the lack of a truly great song here which would set this album apart from the rest of the Rock Progressivo Italiano albums... (read the complete review HERE).