Tenebrae began life in Genoa in 2005 on the initiative of guitarist Marco Arizzi with the aim to blend rock music with other forms of art such as painting, theatre and literature. After an EP in 2008, in 2010 they self produced an interesting début album, “Memorie nascoste” (Hidden memories), with a line up featuring Marco Arizzi (guitars), Fabrizio Garofalo (bass), Fabio Bignone (keyboards, synthesizer), Emanuele Benenti (drums) and Davide Faudella (vocals).


“Memorie nascoste” is a concept album that tells about a strange meeting between a boy and a mysterious painter. The atmosphere swings between dream and nightmare, a hypnotic hourglass blurs the borders between time and space while the power emanating from the tableaux in an art gallery stirs hidden memories, then ghostly visions begin to dance among games of mirrors and dark shadows. The overall sound of the band reminds me in some way of another Italian band called Minstrel. Their approach is theatrical and emphatic while the music draws from heavy metal, opera, new wave, psychedelia and many other sources of inspiration. 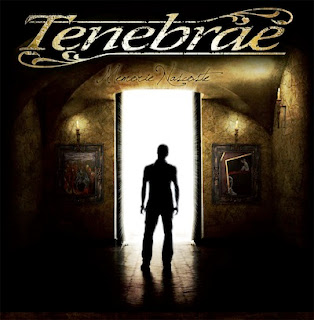 In 2012 Tenebrae released their second album with a renewed line up featuring along with Marco Arizzi (guitars) Francesco Mancuso (keyboards, synthesizer, back vocals), Fabrizio Bisignano (bass), Alessandro “Attila” Fanelli (drums) and Pablo Ferrarese (vocals). Antonella Bruzzone helped the band to write the lyrics while Sara Aneto took charge of the artwork and of the booklet that she enriched with many nice drawings. The result of their efforts is “Il fuoco segreto “ (The secret fire), a beautiful concept album inspired by Goethe's Faust. 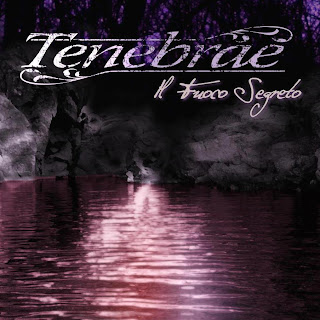 The overall sound is heavier than in the previous work and the new vocalist showcases a great personality delivering some operatic passages, dark growling and soaring melodies. The band interpret Goethe's story freely, adding a touch of original poetical inspiration and dark, Gothic sounds with good results. Despite the changes in the line up there is a strong stylistic continuity with the previous work and maybe Mephisto is just the name of the mysterious painter we met before...

Troubled dreams, foggy memories hanging over the secret fire that burns in your soul, broken mirrors and haunting illusions take you to the limit of reality, towards a new awareness. Well, on the whole another album that is really worth listening to.