Vidocq come from Turin and began life in 2009 on the initiative of vocalist Enrico Rigolli, an experienced musician in love with hard rock and melody. The name of the band was inspired by the character of Eugène François Vidocq, a famous French adventurer and criminologist. In 2012 the band released an eponymous debut album on the independent label Andromeda Relix with a line up featuring Enrico Rigolli (vocals), Graziano Picco (guitars), Massimo Martinetto (bass), Alex Quagliotti (drums) and Marco Veretti (keyboards). Some prestigious guests contributed to enrich the overall sound and the result is a good album of classic rock with some progressive influences and nice melodies.

The opener “Cuore nero” (Black heart), starts with a short accordion introduction, then veers towards melodic hard rock atmospheres. The lyrics tell about a romance with a dangerous, cheating woman. The following “Polvere da sparo” (Gunpowder) is a lively hard rock piece with electric guitar riffs in the forefront. It tries to evoke in music and words a story of pirates in the Caribbean sea with thundering guns and a rattling of swords under the shadow of the jolly roger flag. It reminds me of the atmospheres of some works by the Italian writer Emilio Salgari.

“Volo” (Flight) is nocturnal and dreamy. It describes a flight in a starry sky following the acrobatics of Peter Pan. Next comes “Il volo del falco” (The flight of the hawk), a delicate acoustic ballad featuring on vocals two prestigious guests such as Vittorio De Scalzi (New Trolls) and Aldo Tagliapietra (Le Orme). The lyrics invite you to observe the flight of a hawk and then to look at a little child and to an old man and to reflect about their desire to fly for different reasons.


“Frà Diavolo” is a frenzied, southern blues rock ride inspired by the character of an Italian famous brigante, Michele Pezza, best known with the nickname of Fra' Diavolo. “Tanto tempo fa” (Long time ago) features a nervous pulsing beat and evokes a feeling of nostalgia for a past love where new fears feed a vague sense of solitude. “Welcome (resta tra gli dei)” (Welcome – stay with the gods) is another nocturnal track where dreams clash against a bleak reality. 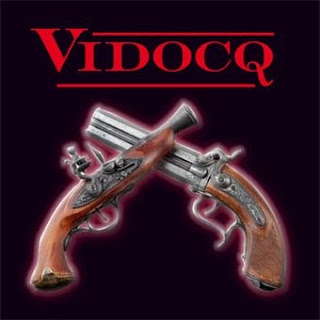 “Genesi” (Genesis) is in a more progressive vein and features some nice piano passages and evocative melodies. The lyrics depict a sky which is vomiting its rage upon men incapable to react against the decay of their environment and invoke the rebirth of a humankind that this time would be wiser and less greedy. The following “Contro il tempo” (Against time) is more aggressive and is about a pointless quest to eternity. Then the short title track brings a change of atmosphere and a softer mood. The accordion and the female vocals of the guests Gianni Ceretto and Laura Conti take you to Paris while the lyrics conjure up the ghost of the adventurer after whom the band was named.

Well, despite some ingenuities and the lack of really outstanding tracks I think that this album is worth listening to.