Laviàntica come from Rome and their origins date back to the late eighties when was formed Alterego, a band influenced by the neo progressive sounds of Marillion, Twelfth Night, IQ, Pendragon, Ezra Winston and Leviathan. Later the band changed the original name into Laviàntica (which, according to their website, is a contraction of the words "La Via Antica" that can be translated as "The Old Way") to underline their choice to play in a retro style. Anyway, it wasn't until 2013 that the band, after many years of hard work and various problems, managed to self-release a full length debut album with a consolidated line up featuring Marco Palma (electric guitar), Paolo Perilli (bass, vocals), Luciano Stendardi (piano, keyboards), Paolo Musolino (keyboards, acoustic guitar, vocals) and Andrea Schiappelli (drums). During the recording sessions they were helped by some guest musicians such as Alice Pelle (vocals), Andrea Bongiovanni (drums) and Laura Senatore (violin) who contributed to enrich the sound and the result is a nice, introspective concept album about the relativity of time entitled Clessidra (Hourglass). The band's melodic vein tends to prevail upon an overtly challenging, adventurous musical approach, but this is not a cheesy album and lovers of neo prog bands from the eighties will undoubtedly appreciate it.

The opener is the short instrumental "Intro" that sets the atmosphere. The mood is dreamy and the music conjures up a peaceful springtime landscape... "Nel vento" (In the wind) describes in music and words a day stolen from the daily grind and spent in the country. There's an open field covered with dancing flowers and colourful butterflies flying all around. Your hands lightly touch the grass, you can hear the sound of the shaking leaves of a near tree and breathe fresh air. Suddenly you begin to move your hands, maybe you're dreaming to fly, you're taking off... Live and never stop!

Next comes "Sole" (Sun) where the rhythm rises and the music flows with a flapping of wings. The soaring vocals warn you that the horizon is just an illusion and that you have to follow your inner light. A free man is ageless, everyone has a leading soul and a different fate... Then the sound of thunders and pouring rain introduce the following "La pioggia" (The rain), where the music and lyrics invite you to think about the secret messages that the rain can write carving the rock, drop after drop for millennia. From above you can see shining shadows moving in the puddles along the streets, there are people invoking the rain and others fearing its force but who can really understand what the rain has to say? 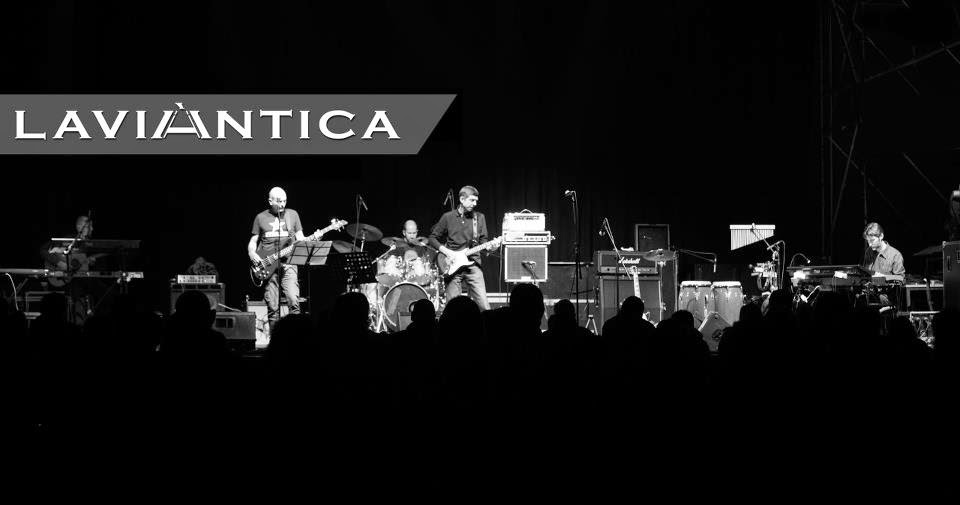 Then comes the melodic, dreaming "Finché il giorno non finisce" (Until the end of the day) where the music and lyrics invite you to savour every single moment of the day, every instant of your life. Now you can relax and look at a wonderful landscape from a lookout on the seashore but Time is always on the run and it never comes back, your thoughts and feelings soon will become just memories... The following "Icaro" (Icarus) is another nice ballad that celebrates the freedom to fly high toward the sun running after your dreams. Even if you know that you have to come back, for a free heart the desire to fly can never fade... 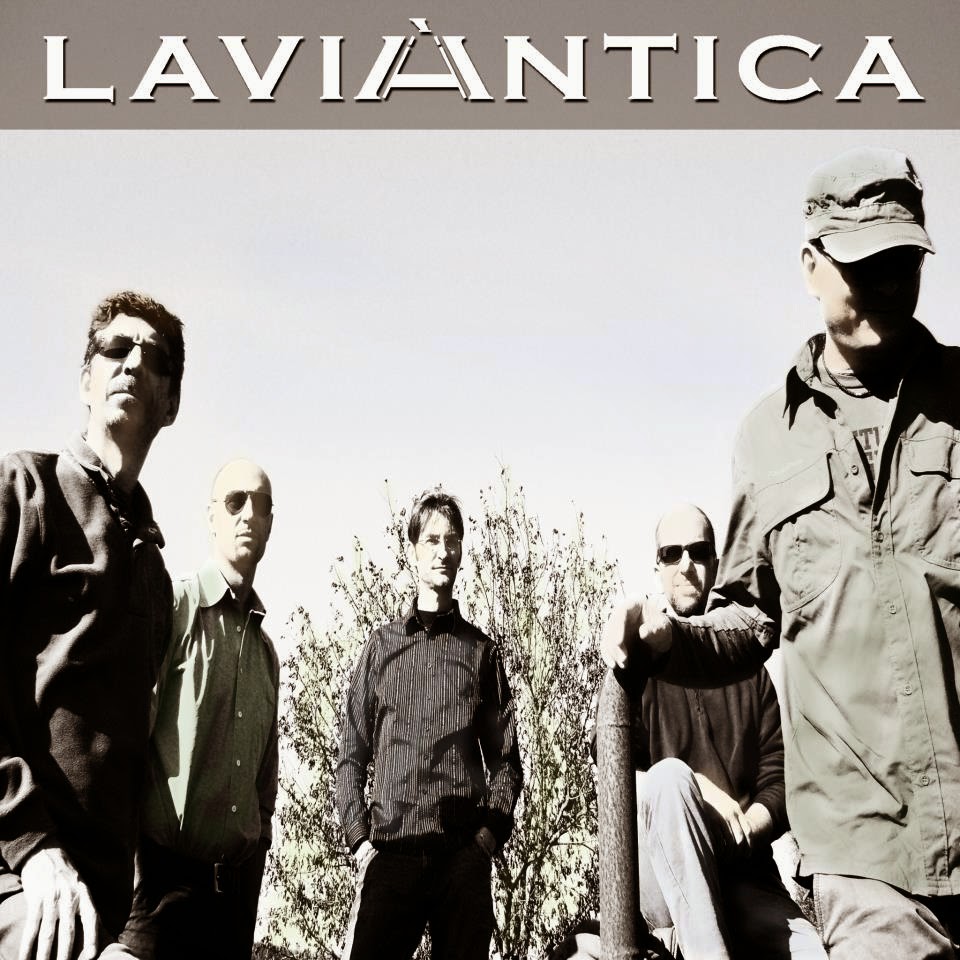 On "Tempo" (Time) the atmosphere becomes a bit darker. Your beautiful day is coming to an end. Make use of your time because life is short, so try to gather speed and run after your time... Carpe diem! The following "Clessidra" (Hourglass) is light and melancholic. The wheel of time is still in spin, there are shadows and dust clouds running down a metaphorical hourglass in the sky. A night train takes you home but the evening breeze is still carrying thoughts and smells waiting for the moonshine that will reflect them. The long, complex instrumental "Laviantica" (The old way) concludes the album with a solemn pace and a strange atmosphere filled with dreams and memories. 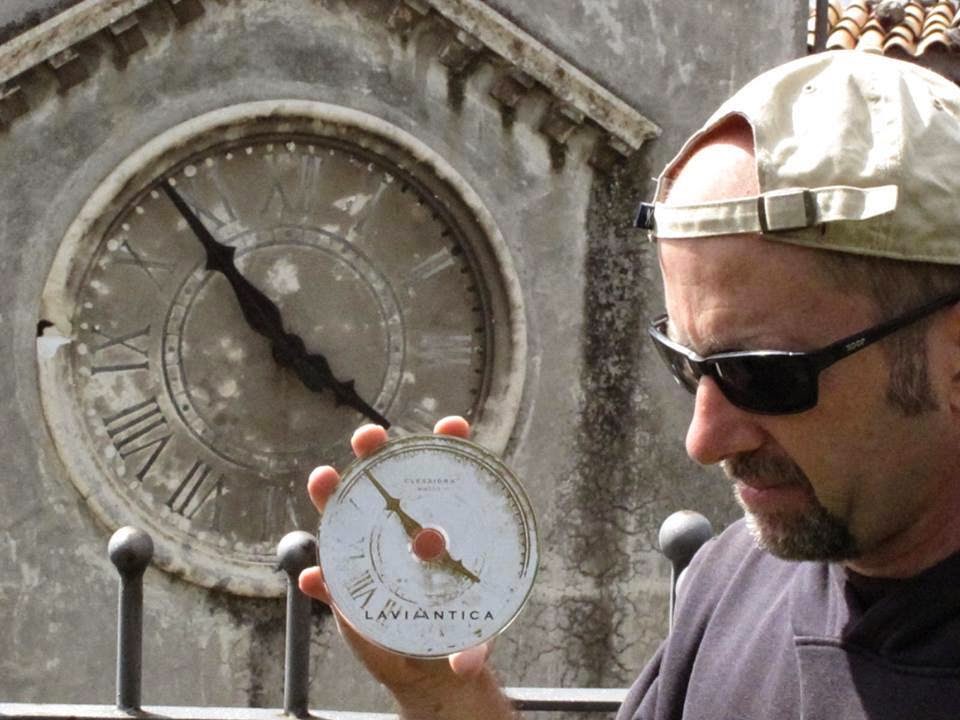 All in all, this is a really good work that deserves some attention. Have a try and judge by yourselves: you can listen to the complete album HERE. By the way, the download version is slightly different from the CD, without the intro and the sounds that bind all the single tracks together... If you buy the physical copy you'll get both!

Laviàntica: Clessidra (2013). Other opinions:
Steven Reid: For some this album's resistance to stepping up the pace will result in gentle disengagement, but dig below the surface of the (ironically) mid-paced "Tempo", or the long meander of the song from which this band take their name and a real depth and substance can be found, with violins taking up themes and vocals often twisting and turning ideas into new outlooks. It may be a bit depressing that a band whose ideals are firmly stuck in the eighties, can now be seen as traversing the "old ways", but if it results in music as engaging as this, then I don't mind admitting that I must be an old foggie... (read the complete review HERE)